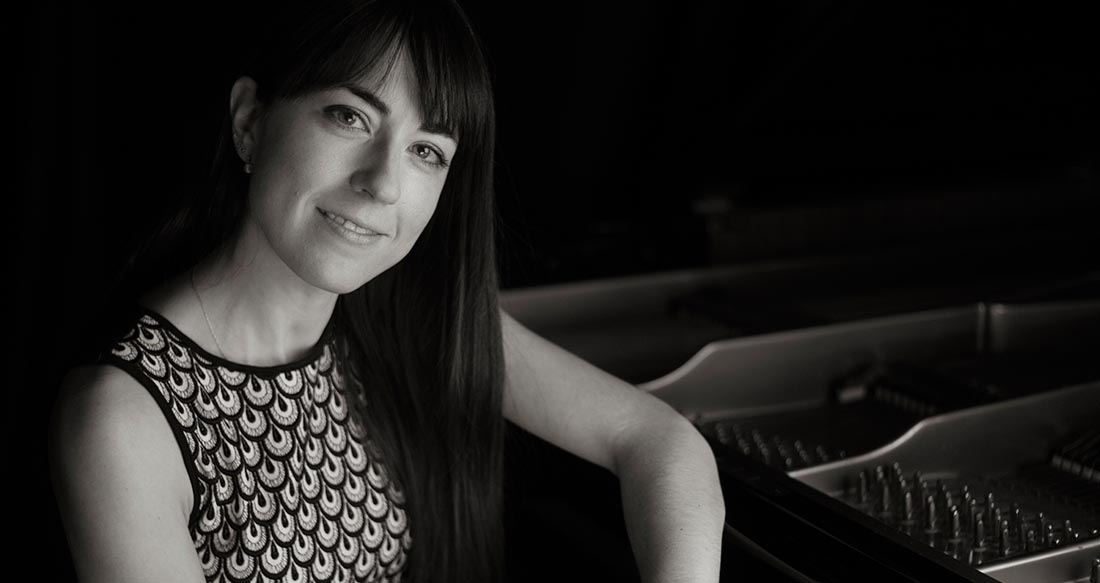 Maite Aguirre is a Spanish pianist and conductor based in London. She is the Director of the Music Academy Cañada Blanch in the Spanish School in London, piano teacher at St Paul’s Cathedral School and conductor of BLP Choir. Praised by The Guardian for her quasi orchestral colour in her playing, her first solo Album with music from Enrique Granados also received unanimous praise from the media, highlighting her carefully thought textures and well balanced cantabile; impeccable pedalization, use of staccato, characteristic of the Spanish pianistic School as well as her faithfulness to the composer’s characteristic sound and her colour and rubato, in the fingertips themselves. Maite’s second album, Une soirée à Grenade will be released in June 2019.

Maite has toured all over Spain, in France, Germany, Italy and Norway, and has played in some of the most prestigious London venues including King’s Place, Wigmore Hall, St John’s Smith Square, St Martin’s in the Fields and the Barbican Hall; also recording both for TV and radio: BBC3, RNE (Spanish National Radio) and Spanish TV channels TV3 and BTV; performing in UK festivals such as City of London, Ludlow Festival, Bramley Music Festival, Landsdowne- Blüthner.

Aguirre has been awarded many prizes during her career, including the Tracey Chadwell Memorial Prize to the best piano accompanist adjudicated by Roger Vignoles, and most recently a second prize at the Concerto Competition in Budapest in 2016. She is also a Georg Solti Academia scholar, and features conducting in the BBC documentary Solti, Maestro or Mephisto. She conducted her first opera aged 24 and has worked as a chorus master for the BBC orchestra and Grange Park Opera amongst others.


Maite Aguirre graduated from ESMuC in Barcelona under Prof. Vladislav Bronevetzky, whom she assisted in her postgraduate year and completed a Masters Degree at the Guildhall School of Music where she was kindly supported by the Worshipful Company of Clockmakers, Pam Littman Award and the Leverhulme Trust. In 2012 Maite was selected to be a fellowship holder at the Royal Academy of Music, where she was given the Lucille Graham Fellowship working with pianist Diana Ketler and later, mentored privately under renowned British concert pianist and pedagogue Christine Chroshaw. Maite is currently working on her doctorate under the supervision of Professor Sir Barry Ife and Ronan O’Hora.