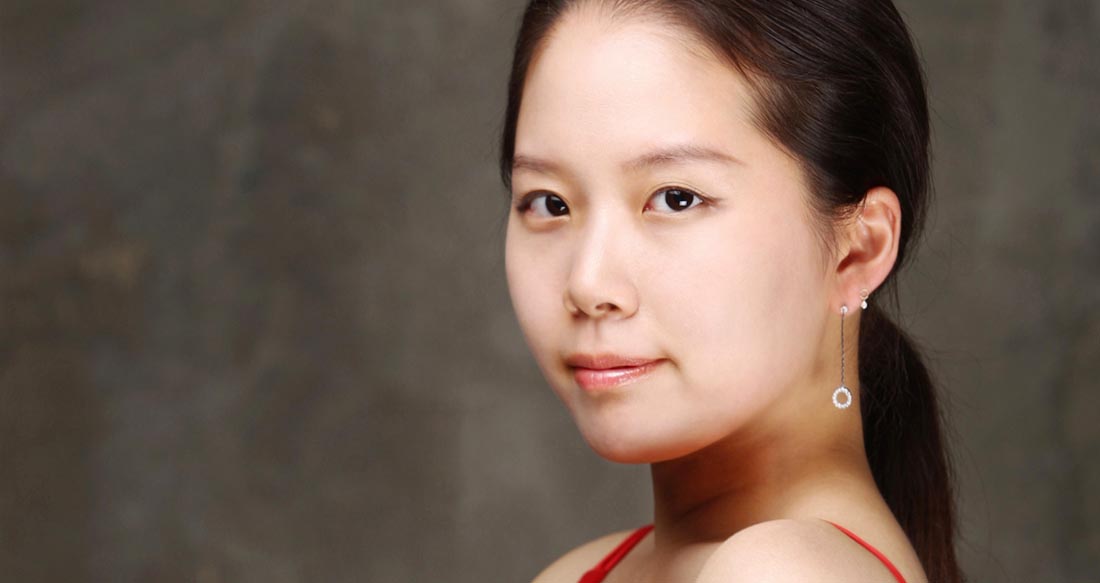 Since winning first prize at the Beethoven Society of Europe’s Piano Competition in 2009, Grace Yeo has continued to build an international career as one of the outstanding pianists of her generation who has attracted much critical acclaim for her sensitive musicianship and astonishing technical command.  Reviewing her Wigmore Hall recitals, the Independent Newspaper celebrated the "sparkling authority" of Grace's playing; while Musical Opinion Magazine declared her to be, "a fine artist, with phrasing and a sense of structure that were exceptional… Her performance was captivating, and the beauty and expressive nature of the work admirably revealed."

Grace Yeo was born in Seoul, Korea and commenced her piano studies at the age of four. She then went on to the Yewon School and Seoul High School of Arts whilst appearing frequently as a soloist in Korea. In 2008, she completed her undergraduate studies with Professor Hie-Yon Choi as a scholarship student at the Seoul National University and then, she was awarded the Barbara Stringer Scholarship for postgraduate studies in London at the Guildhall School of Music and Drama where she entered the class of Ronan O’Hora and Joan Havill. She was awarded all the major GSMD music prizes and graduated with distinction in a Master of Performance degree. She was subsequently awarded the Guildhall Artist Fellowship for 2010-12 and graduated with the ‘Marjorie & Dorothy Whyte Memorial Fund Award’ which is given to one just nominated student of the year. At the Royal Academy of Music, Grace has also completed the Advanced Diploma (Doctoral course level 8) at the Royal Academy of Music with Prof. Christopher Elton.

Solo performance highlights for Grace have included her Wigmore Hall debut recital in 2012 and her popular return in 2013, at the Royal Festival Hall, the Purcell Room in London’s Southbank Centre, Manchester's Bridgewater Hall in a series of mid-day concerts, Birmingham Town Hall; London's Kings Place, St. Martin-in-the-Fields, St. James’s Piccadilly, Drapers’ Hall and Salters’ Hall.  Other performance highlights include piano concertos to capacity audiences at the Royal Albert Hall, at Birmingham Symphony Hall in the UK and at the Yamaha Concert Hall in Vienna.

As a chamber musician, in 2013 Grace appeared with OPUS Ensemble in Europe touring in Finland, Germany and Italy and was also invited to perform at Seoul International Music Festival in Korea and Le Moulin des Arts Festival in France. Grace has also given live recitals on BBC Radio 3 (In Tune) and KBS FM (Korean Broadcast).

Grace is grateful for the invaluable support during her studies from the Leverhulme Trust, the Craxton Memorial Trust, the Concordia Foundation, the Kirckman Concert Society and the Philharmonia Orchestra/Martin Musical Scholarship Fund.

Alongside her growing performing career she is passionate in working with young generations internationally, she teaches at King’s College London since 2015 and has just joined in Seoul National University teaching faculty in South Korea in 2018.

For more information on Grace and forthcoming events see www.graceyeo.net