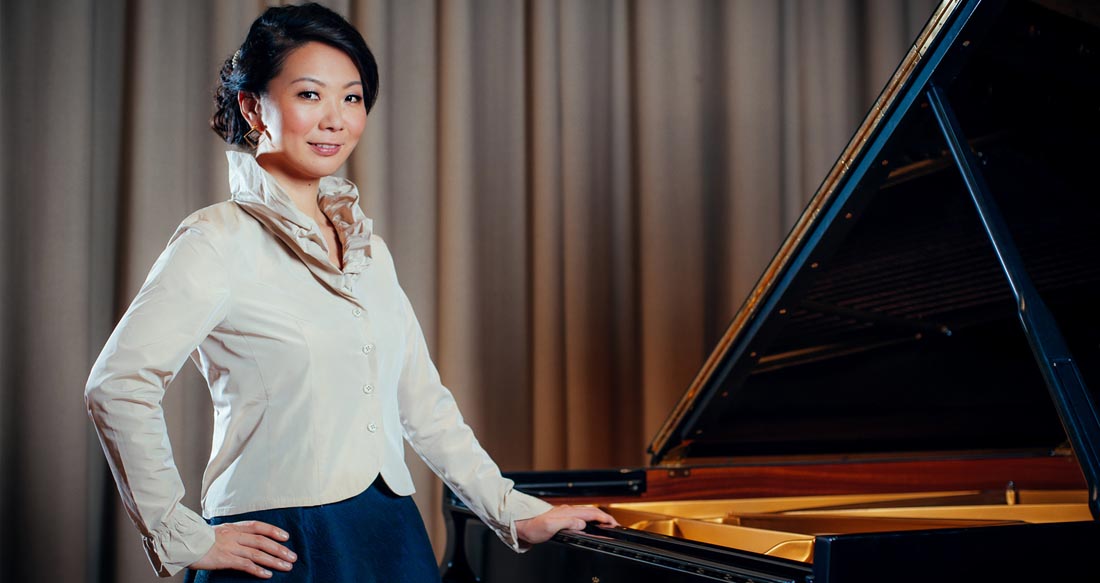 Maiko Mori came to prominence after winning first prize at the 23rd Robert William and Florence Amy Brant International Piano Competition in 2002. Maiko has been described as “clearly an exceptional artist, providing herself to be both a thrilling virtuoso and a fine poet of the keyboard…” (Musical Opinion).

She was awarded a scholarship to study at the Royal College of Music, where she obtained her Bachelor and Master of Music both with distinction. There she also received various awards and scholarships such as Gen Foundation Award (2000), Ian Fleming Charitable Trust Music Education Award (2004), Myra Hess Award (2005), Carnwath Scholarship (2005) and Hopkinson Gold Medal (2006).

Maiko made her concerto debut in UK with the RCM Symphony Orchestra conducted by Vasily Petrenko and went on to debut internationally with the Bombay Chamber Orchestra in Mumbai, India. Recently she has enjoyed acclaim at prestigious venues such as the Purcell Room, the Bridgewater Hall, Steinway Hall, West Road Hall, Kings Place, St James's Piccadilly and St Martin-in-the-Fields. Her teachers have included Dmitri Alexeev, Andrew Ball, Andrzej Esterhazy and Benjamin Kaplan.

She has also pursued an interest in chamber music as a core member of the Aquilon ensemble and more recently, in a partnership with violinist Eulalie Charland. This latter partnership has resulted in broadcasts for BBC Radio 3 and Radio France broadcast.

Maiko Mori is currently piano professor at the University of Chichester. She is also an official accompanist at Goldsmiths, University of London.

21 hours ago
PIANO WEEK  @PianoWeekFestRT @maciejraginia:Such a pleasure working with so many talented young pianists @moretonhall - thank you for the invitation! https://t.co/rG7plPuAd3