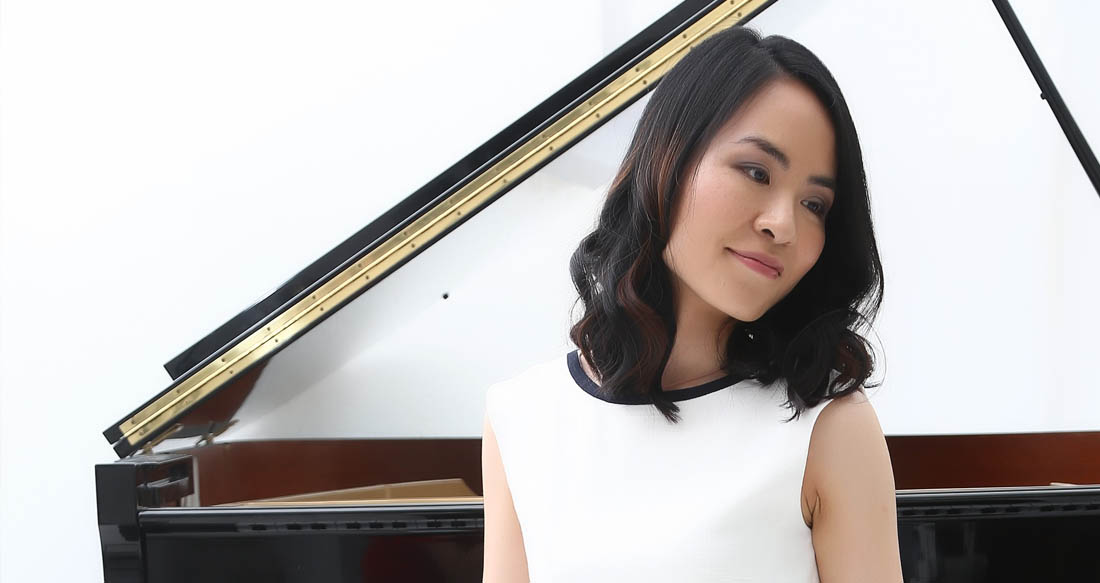 The 'outstanding young Chinese-American pianist' Jessica Zhu (The Independent) received warm praise for her Wigmore Hall debut, given as part of the Park Lane Group's Young Artists Series in December 2011. Jessica has also appeared at the Purcell Room in the Southbank Centre, St James's Piccadilly, St Martin-in-the-Fields and the Manchester Bridgewater Hall, among others around the UK and in Europe.

Jessica made her orchestral debut in 2006 as a student of Nancy Weems at the University of Houston, when she played Prokofiev Piano Concerto No. 3 with the Houston Symphony. She has since performed with many orchestras in America. In 2009 Jessica was awarded the highly coveted Marshall Scholarship with which she completed a Masters programme with distinction at the Guildhall School of Music & Dramas, studying with Joan Havill.

Believing in using music to reach and educate audiences without easy access to the arts, Jessica is an alumna of the LiveMusicNow young artist scheme, which brought her to perform in hospitals, elderly homes, and special education schools throughout the UK.
Received as the grand prize of Music Teachers National Association Competition in the USA, a Steinway and Sons piano is featured at her teaching studio in Wimbledon. She is also on the faculty of Hampshire School in London.

Jessica was awarded a Fellowship at the Guildhall studying with Paul Roberts and Ronan O'Hora. She has also worked in master classes with Andras Schiff, Ferenc Rados, Abbey Simon, Pascal Devoyon, Arie Vardi, Boris Berman and Robert McDonald, among others. Jessica is also currently a doctoral candidate at the Guildhall School of Music, focusing on performance research of Maurice Ohana's piano music.

Jessica is very grateful for the support of the Marshall Scholarships, the Zetland Foundation, Blüthner Pianos (Blüthner Artist), the George and Charlotte Balfour Award, JM Finn Co and the Martin Musical Scholarship Fund.