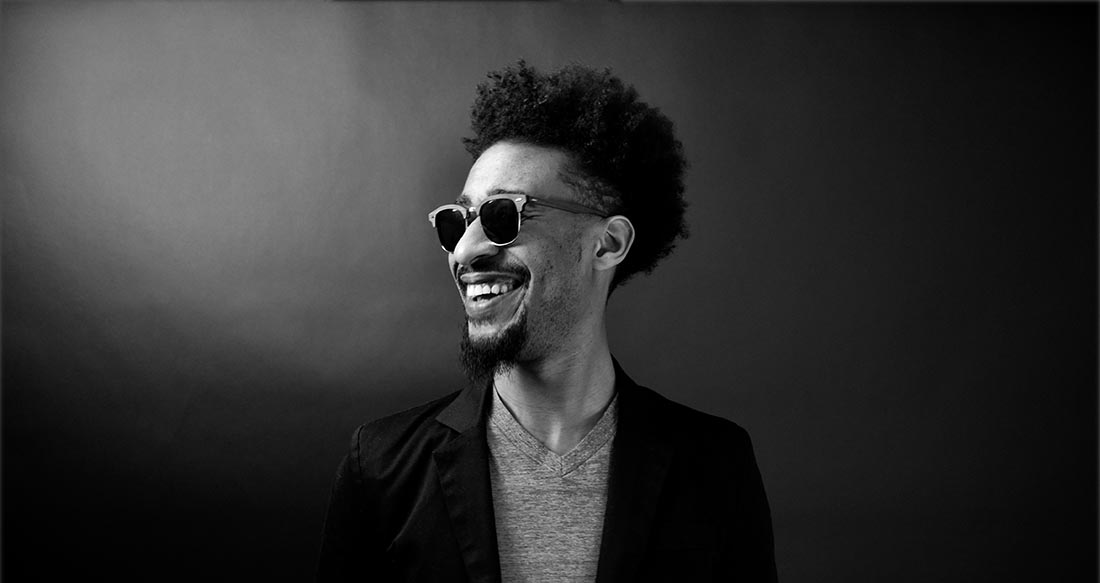 Theron Brown was born in Zanesville, Ohio, the middle child of Terrence and Denise Brown. He began playing the drums under his father’s pastorate at age five, followed by the piano at eight years of age, as well as the viola at Grover Cleveland Middle School and Zanesville High School from age ten to eighteen. As his knowledge, curiosity, and passion for music increased, Theron played piano and organ for the Southeast region of The Ohio District Council, traveling to his father’s preaching engagements. Theron loved embracing the opportunities to learn from and play with other musicians that he met through the church’s gatherings. His talent flourished as he experienced more diversity.

The artist that first stimulated Theron’s interest in Jazz music was pianist, Thelonious Monk. Although, Monk’s genius was hard for him to digest at first listen, he found something very intriguing about his sparse touch and exotic harmonies. Through Monk’s music, Theron was inspired to seriously pursue jazz in his senior year of high school. This led to him discovering many other great pianists and a deeper love for music. Theron’s musical studies include the University of Akron, where he pursued a bachelor’s degree in jazz studies in between performing and traveling. During his time at the University of Akron, he served as a student ambassador.

As an artist, the musicians that Theron has performed with have been many and varied, and across all genres. Theron has played with musicians and ensembles such as The Cleveland Orchestra, Dan Wilson, Sean Jones, The Huntertones (formerly DW6), The Jazz Heritage Orchestra, The Cleveland Jazz Orchestra, The Glenn Miller Orchestra, The Bad Plus Band, Chris Coles, Chris Anderson, Greg Banasak, The Sam Blakeslee Large Ensemble, Javon Jackson, Snarky Puppy, Donny McCasslin, Peter White, Walter Beasley, Christian McBride, Ken Peplowski, Gary Smulyan, Warren Wolf, The Admirables, Nathan Davis, and Bobby Selvaggio. Theron’s worldwide performances, particularly those with trios, quartets, and big bands, brought him recognition from numerous places all around the world.