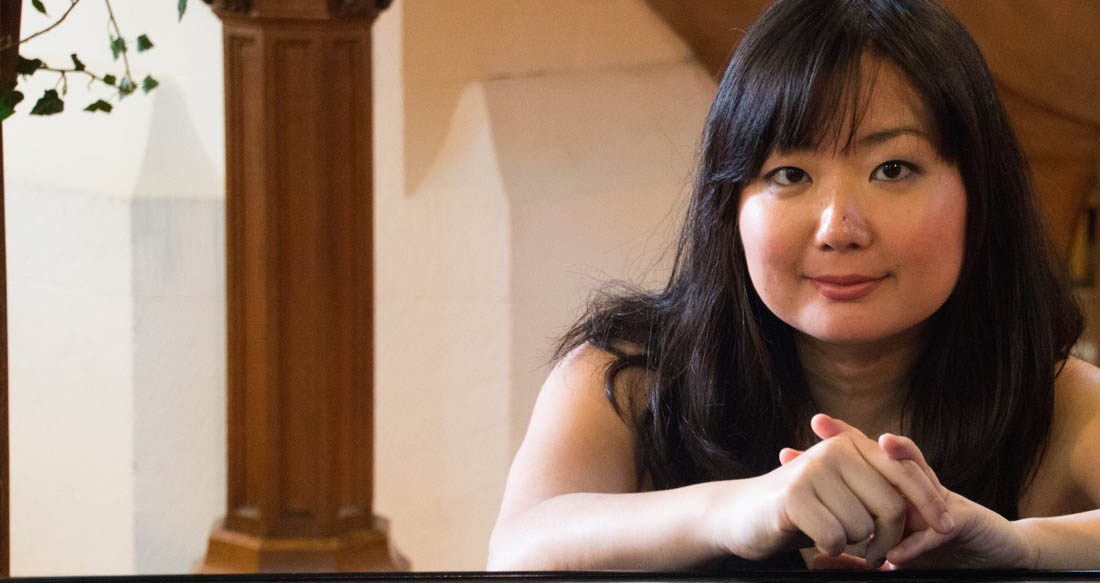 Kaoru won a scholarship to study solo piano at the Royal Northern College of Music in 2002, where she trained with the late Mark Ray, Alexander Melnikov and Dina Parakhina.  She won many prizes both in solo and chamber music during her time at the RNCM, where she was supported by the Max Mayer Scholarship, Will Pearce Scholarship and the Bemrose Bursary.   Kaoru was a finalist in the Yamaha Foundation Scholarship Piano Competition in 2007 and the RNCM Gold Medal Competition. Following her studies at the RNCM, she won the prestigious DAAD Scholarship to continue her studies with the late Professor Franz Massinger at the Musik Hochschule in Munich, Germany.  Having completed her studies in solo piano in 2010, Kaoru finally decided to specialise in her real passion of chamber music and song accompaniment at the Guildhall School of Music and Drama with Pamela Lidiard and Caroline Palmer, where she won a fellowship for the year 2015-16, and currently works as a staff pianist.

During her time at Guildhall, Kaoru worked closely with Graham Johnson and won all the major accompanist prizes, including the Paul Hamburger Prize in 2015 for her performance of Winterreise and the Accompanist Prize in 2014.  She was also a finalist with Baritone Johannes Kammler at Das Lied International Competition in Berlin in 2015.  Her studies were generously supported by the Leverhulme Trust and Musician’s Benevolent Fund. Kaoru has performed at all major concert venues in the UK, such as the Wigmore Hall, Barbican Hall, St Martin in the Fields, St James Piccadilly as well as the Gewandhaus in Leipzig and Weill Recital Hall in New York.

Recent highlights include recitals in Italy, Romania, Moldova and Germany, and numerous recordings and appearances on BBC Radio 3. Kaoru is a Britten Pears young-artist and a laureate of the Schubert Institute (2015), IMS Prussia Cove (2009), Mendelssohn Academy in Leipzig (2014), and European Akademie in Montepulciano (2009). She is also interested in the fortepiano and has given recitals at Lotherton Hall in Leeds on their Erard piano, having had guidance from Malcolm Bilson, Carole Cerasi and Pavlo Beznosiuk.