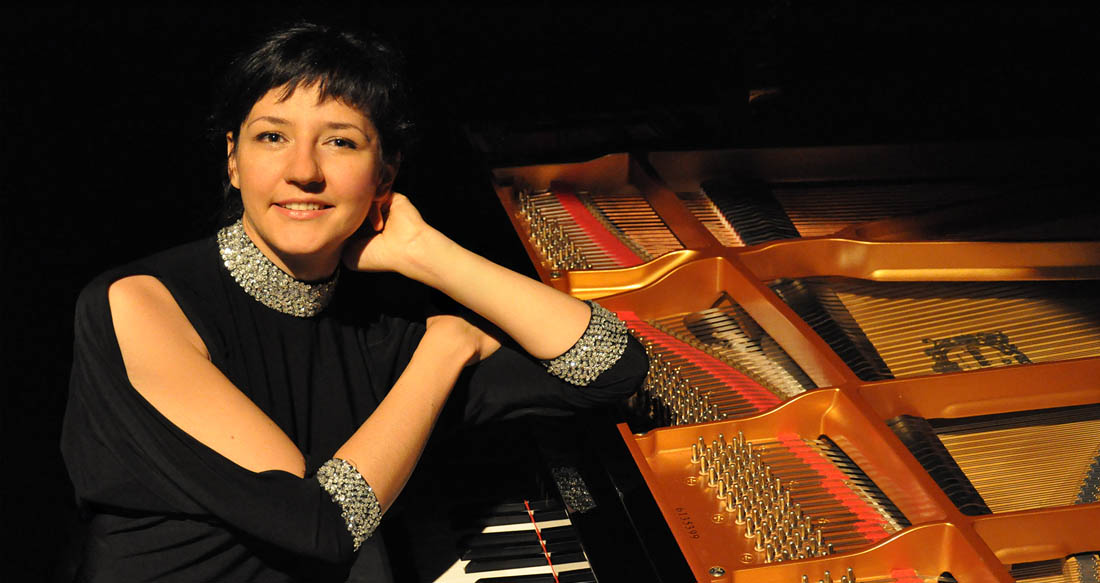 Belarusian Maya Irgalina is a versatile pianist, who successfully combines solo and collaborative piano playing. Over the last ten years she has performed internationally throughout the UK, Italy, Malta, France, Austria, China, Poland, Georgia, Russia and Belarus, highlights including performances at the Wigmore Hall and the Barbican.

In the 2017/2018 season, Maya was a Britten Pears Young Artist; she was invited by the President of the Republic of Tatarstan to play Chopin’s First Piano Concerto in Kazan; she performed in the Malta International Arts Festival and the Accademia Filarmonica Romana with soprano Nicola Said; performed solo in the Zürichi Piano Express Festival, the Machynlleth Festival, and represented Yamaha as concert artist at the Cheltenham Jazz Festival.

Her past engagements include playing Liszt’s  Second Piano Concerto at the Batumi Music Festival, Georgia, and performing an all Chopin programme at the Rye Arts Festival, UK. A particularly important event  was her appearance in the BBC Orchestra’s “Semyon Bychkov’s Beloved Friend Tchaikovsky Project”, for which she played both as soloist and chamber musician. As a soloist she has played with the City of Birmingham Symphony Orchestra, Manchester Camerata, the Belarusian Opera House Orchestra, the RNCM Symphony Orchestra and the Batumi Symphony Orchestra, including many other chamber orchestras.

Forthcoming engagements include the Lieder of Hugo Wolf at the Britten Pears Young Artist Programme, Chopin’s First Piano Concerto with the Scarborough Symphony Orchestra, the Zarzuela Project at the Guildhall School of Music and Drama and performances of Schubert’s Winterreise with the mezzo-soprano Fleur Barron.

Maya has won many prizes in piano competitions, including Dudley, Sydney, Maria Yudina, Scriabin etc. She is the winner of the RNCM’s highest accolade for solo performance – the Gold Medal – and had her Wigmore Hall debut in February 2013 as prize-winner of the Worshipful Company of Musicians. Her playing was broadcast by ABC (Australia), BBC Radio 3 and Belarusian Radio. In 2015, Belarusian TV made a film about her.

Maya Irgalina’s first steps onto the concert platform were made under the tutelage of Lilia Ter-Minasian at the Belarusian Academy of Music where she was an undergraduate. She then completed the International Artist Diploma at the Royal Northern College of Music, studying with Graham Scott. In 2017 she graduated from the Guildhall School of Music and Drama, where she studied with Julius Drake and Ronan O’Hora.

For her studies Maya has won numerous scholarships including the Leverhulme Trust, Yamaha Foundation and BelSwissBank. She was also the recipient of the “Gaude Polonia” award from the Polish Ministry of Culture, and twice became a laureate of a Scholarship from the Special Fund of the President of Belarus.