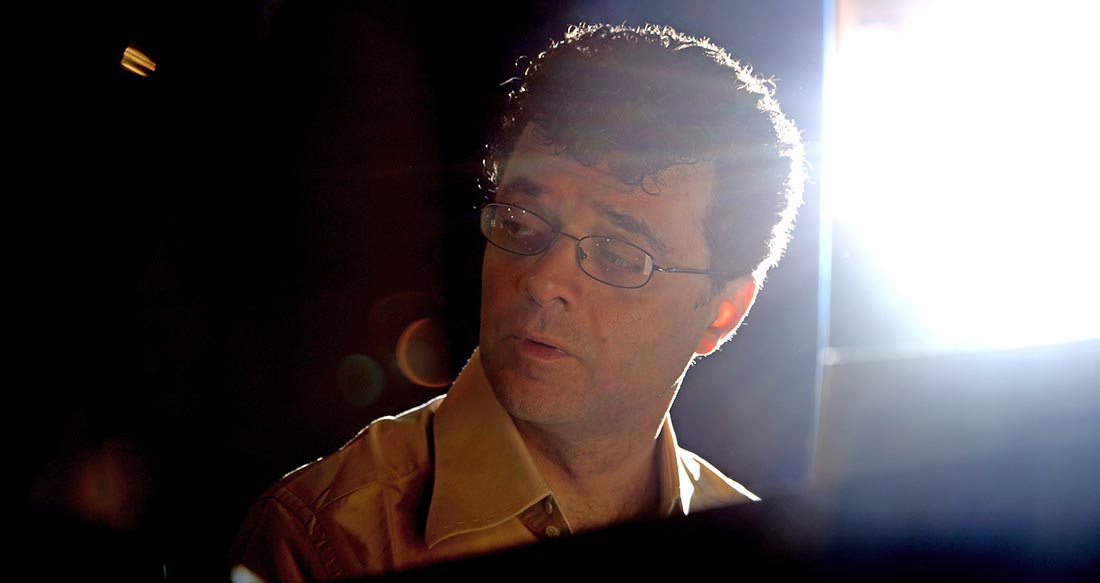 Roberto Russo began his piano studies with his father Mario, a musician and painter. After graduating under the tutelage of Giuseppe Maiorca, he continued his piano training in Florence (Italy) with Daniel Rivera, in Imola (Italy) with Franco Scala and Geneva (Switzerland) with Maria Tipo. He obtained the Diplôme de perfectionnement at the Conservatoire Superieure de Genève in 1992. He also attended piano courses with Jörg Demus and Fausto Zadra, as well as Peter Schreier for German Lied.

In 1985 he began his career, which led him to perform in Argentina, Canada, Denmark, France, Germany, England, Italy, Lithuania, Malta, Mexico, Norway, Poland, Spain, USA and Switzerland. His performances were reviewed by Italian and international press, and recorded by RAI (Italy), Radio Vaticana, Radio Toscana Classica (Italy), Houston Public Radio (USA) and RadioTelevisión Argentina. The musicologist Brenno Boccadoro said that his playing is "true, sincere, great and deeply poetic" ; while the Italian pianist and critic Riccardo Risaliti brought out his "genuine sensitivity and knowledge of the instrument", also speaking of him as a "skilled composer". The American critic Harvey Sachs pointed out the way of his "beautiful playing: the rhythm, the phrasing, the attacks, the releases, the beauty of the sound, the way he allows the motifs to stand out without actually underlining or exaggerating them".

Roberto Russo also studied composition under the guidance of Italo Vescovo, Silvano Sardi and Domenico Bartolucci (ex-director of the Schola Cantorum "Sistina" in Rome). Some of his pieces were presented at important venues and played by renowned ensembles: "Pater Noster" was presented in 2006 in Lyon, France, by the Royal Chapel Choir of Copenhagen, "Sonata for viola and piano" was performed in 1995 at the Council Palace of Buenos Aires and "12 Preludes for piano" were premiered at the Akademia Muzyczna in Krakow, Poland.

Two times winner of the International Music Competition "Ibla Grand Prize" (in 1996 as a pianist and in 1997 as a composer), between 2000 to 2005 Roberto was artistic director of the International Competition for pianists and composers "Premio Franz Liszt" in Grottammare, Italy, as well as honorary chairman of the jury at the 2012 edition of "HKPCA – Hong Kong Piano Competition". His collaborations include the English composer Michael Stimpson, the Canadian cellist Bridget MacRae, the Lithuanian oboist Juste Gelgotaite and the Italian tenor Alessandro Maffucci. He records for Istituto Lisztof Bologna (Italy) and for two Italian labels III Millennio and Istituto Discografico Italiano.

He is also a member of the New York Classical Music Society and, since 2012, is a Steinway Artist.