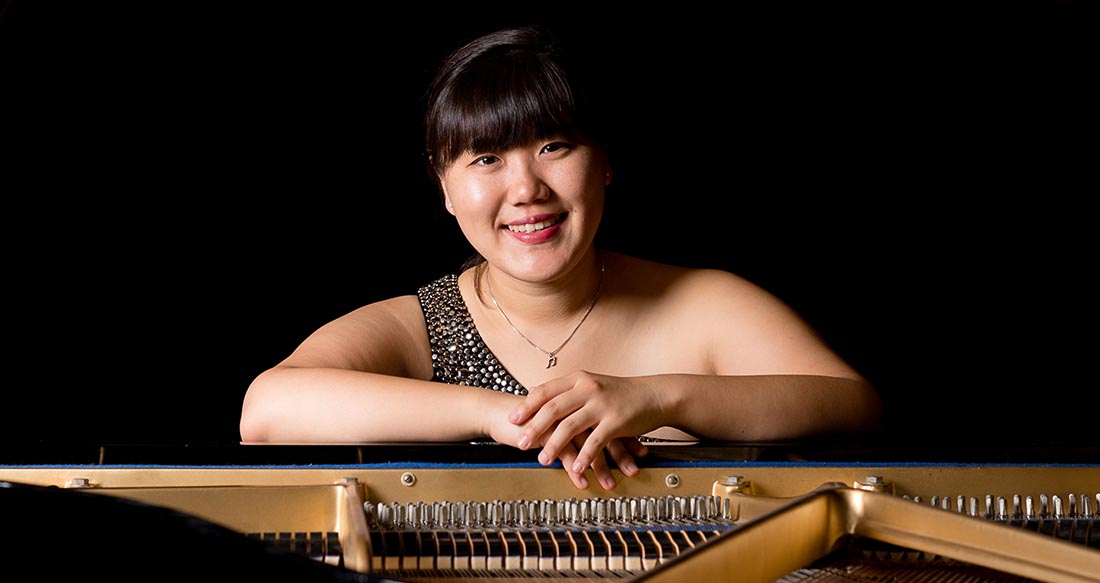 Acclaimed for ‘exquisite clarity’ and ‘remarkable virtuosity’, Korean-American pianist Sun-A Park is quickly establishing herself as one of the exciting pianists of her generation. Since making her orchestral debut with the New Jersey and Houston Symphony Orchestras, Ms. Park has performed at the Kennedy Center for the Performing Arts in Washington D.C., Tel Aviv Museum of Art in Israel, Manuel de Falla Auditorium in Spain, Bass Hall in Fort Worth, Texas, and Carnegie Hall’s Weill Recital Hall, and the Juilliard Theater in New York.

As an active soloist and recitalist, she has collaborated with such eminent conductors as Peter Oundjian, Eiji Oue, Arthur Hagen, and Krzysztof Urbanski. Ms. Park has performed with the Yale Philharmonia, Albany Symphony, Sendai City Orchestra in Japan, San Marino Republic Orchestra, Orchester Haydn in Italy, Hannover Hochschulorchester in Germany, Symphonic Orchestra of Castilla y León and Orquesta Ciudad de Granada in Spain. Ms. Park has been heard on recital series throughout the United States, Europe, and Asia, making appearances in Horowitz Recital Series at Yale University, Stecher and Horowitz Foundation, Deutsch-Amerikanisches Institut in Germany, Pusan National University and Performing Arts Center in South Korea, among many others.

As a period-keyboard music lover, Sun-A has performed in fortepiano masterclasses with fortepianists Alexander Lubimov and Kristian Bezuidenhout at the Yale University Collection of Musical Instruments. Her performances on the fortepiano were featured at Virtuoso e Belcanto Festival in Lucca, Italy and the Peabody Institute at Johns Hopkins University. Sun-A’s research topics during her residency at Peabody included development of keyboard technique in 18th-century English fortepiano school.

Ms. Park was born in Busan, South Korea and grew up in New Jersey. She began to play the piano at the age of four and later studied with Seymour Bernstein of New York University.

Ms. Park completed her undergraduate and graduate studies with Yoheved Kaplinsky and Matti Raekallio at the Juilliard School. In 2014, Ms. Park received the Soloklasse Programm diploma in Hannover, Germany with Bernd Goetzke. She is the recipient of Elizabeth Parisot Piano Award for the most outstanding pianist at the Yale School of Music under the tutelage of Boris Berman. After receiving her Doctor of Musical Arts degree, Ms. Park is an adjunct faculty of keyboard studies at the Peabody Institute of Johns Hopkins University. Her recording of early keyboard sonatas by Muzio Clementi is released under the Naxos label in July 2019.