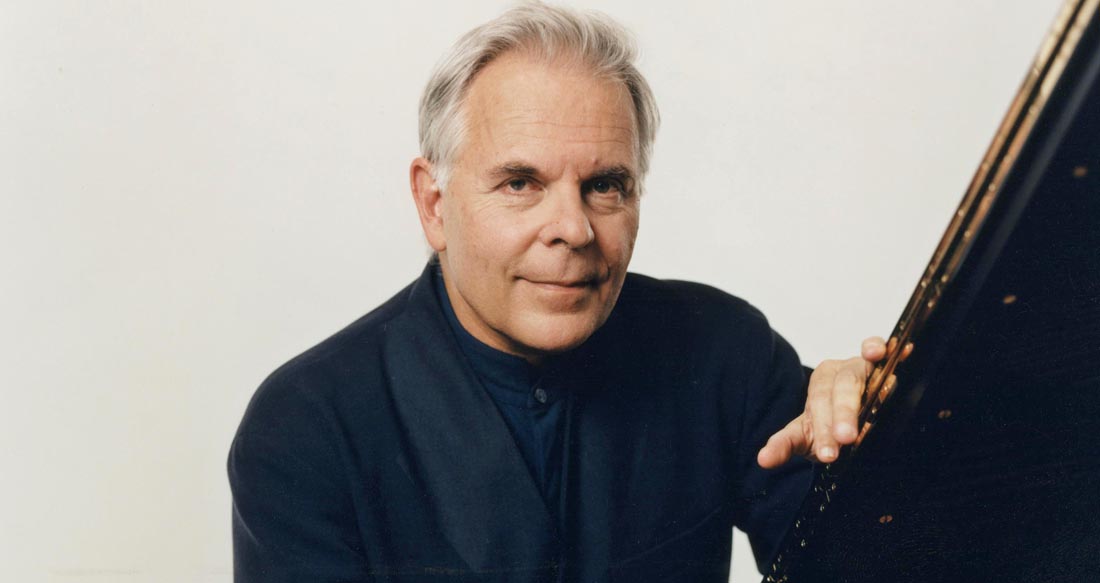 Stephen Kovacevich is a master to be admired; faithful to the spirit of the music yet always individual, his pianistic artistry reside in his sculpted sound, risk-taking, utmost focus and uniquely attractive, variegated touch

Stephen Kovacevich is one of the most searching interpreters, never afraid to take both technical and musical risks in order to achieve maximum expressive impact. As a pianist he has won unsurpassed admiration for his playing, non-more than from Leopold Stokowski who wrote: "You do with your feet what I try to do with my Philadelphia Orchestra."

Born in Los Angeles, Stephen Kovacevich laid the foundation for his career as concert pianist at the age of eleven. After moving to England to study with Dame Myra Hess, Stephen made his European debut at Wigmore Hall in 1961. Since then he has appeared with many of the world's finest orchestras and conductors including Hans Graf, Bernard Haitink, Kurt Masur, Simon Rattle, Georg Solti and Yannick Nezet-Seguin. In addition, he has forged many longstanding professional relationships, most notably with Colin Davis with whom he made numerous outstanding recordings, including the legendary Bartok Piano Concerto No.2 with the BBC Symphony Orchestra.

Recent and upcoming recital highlights include a duo performance with Martha Argerich at the Walt Disney Hall in Los Angeles and the Philharmonie de Paris, and recitals at the Mariinsky International Piano Festival (by invitation of Valery Gergiev), the prestigious Phillips Collection in Washington, the Flagey 'Piano Days' Festival in Brussels, the Singapore International Piano Festival, the renowned Pyeong Chang 'Great Mountains' Festival in South Korea (with Kyung-Wha Chung), the Beijing National Centre for Performing Arts, an extensive tour of the Far East, recitals in Paris, Berlin, Boston, Zagreb, Dublin and Cardiff, alongside two live BBC Radio 3 broadcasts from St George's Hall, Bristol and Wigmore Hall.

His recent and upcoming concerto highlights include performances with the Los Angeles Philharmonic (Mirga Grazinyte-Tyla) and the Orquestra Camera Musicae, Barcelona in 2017, a triumphant return to Montreal Symphony Orchestra (David

Zinman), Yomiuri Nippon Symphony Orchestra (Sylvain Cambreling), Malaysian Philharmonic (Jacek Kaspszyk), Orchestre de chambre de Paris (John Nelson) and Sydney Symphony Orchestra (Vladimir Ashkenazy). Stephen recently performed to a sell-out audience for his recital at the International Piano Series at the Queen Elisabeth Hall in London. In addition, Stephen is a regular soloist at the Verbier and Lugano festivals. He will also appear at the 2016 Buxton International Festival, the Settimane Musicali Festival in Ascona (for a solo and chamber performance with Alina Ibragimova and Francesco Piemontesi) and will make a welcome return to the 2016 Le Domaine Forget Festival in Quebec.

Stephen Kovacevich has enjoyed an illustrious long-term relationship with recording companies Philips and EMI. To celebrate his 75th birthday, Decca has released a Limited Edition 25 CD Box Set of his entire recorded legacy for Philips. In 2008 Stephen Kovacevich recorded Beethoven's Diabelli Variations exactly 40 years after his first recording of thework. This Onyx recording won him the 2009 Classic FM Gramophone Editor's Choice Award and the "Top Choice" by Gramophone Magazine in September 2015, to quote "his seasoned yet fearless mastery reveals something new with each hearing."