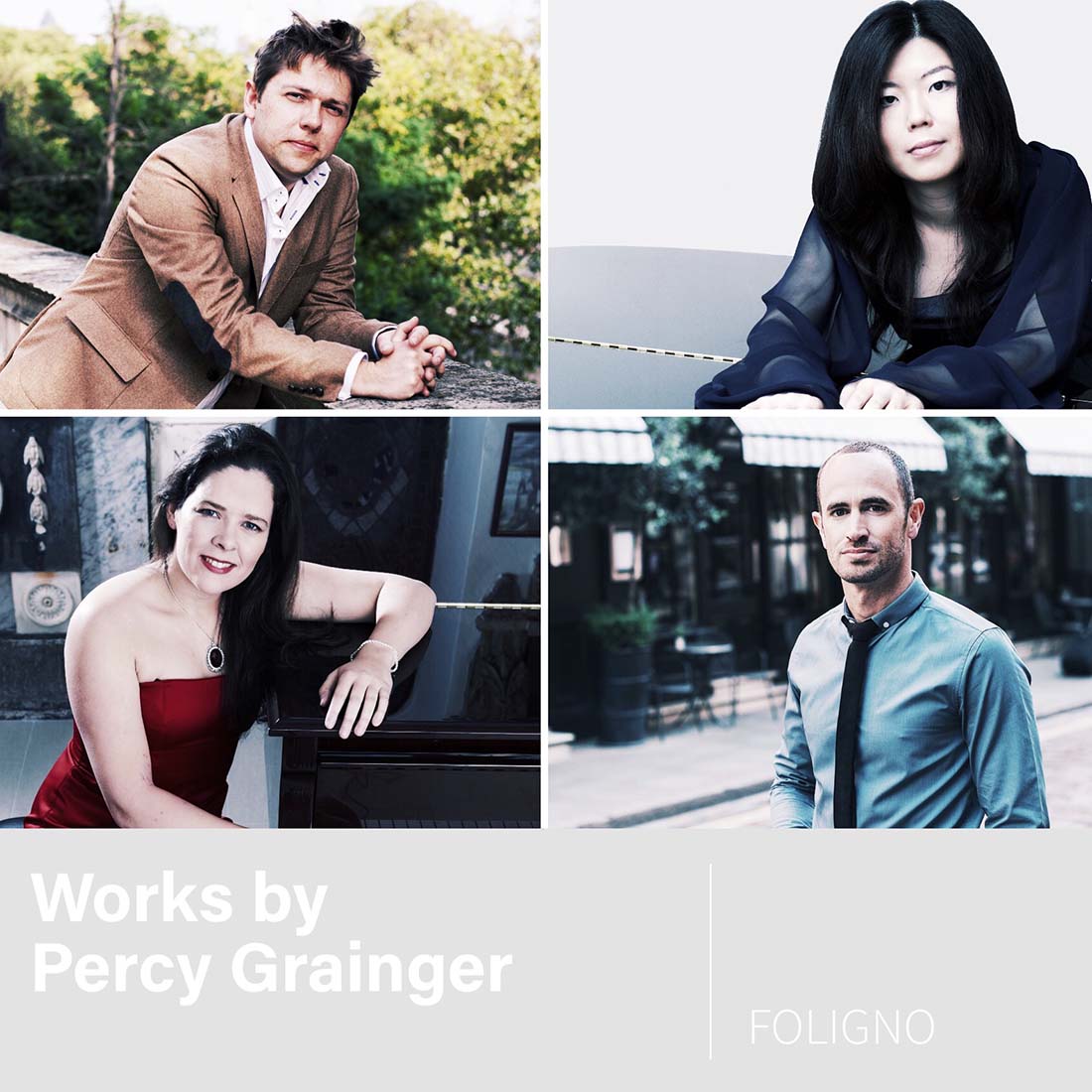 The festival directors Samantha Ward and Maciej Raginia join forces with Japanese pianist Yuki Negishi and South African pianist Niel du Preez in a rare programme celebrating works for two pianos and six hands by Australian composer Percy Grainger. The evening opens with his fiery English Dance (1924), echoing Rachmaninoff’s virtuosic writing with its rich textures and emotionally charged compositional style. This is followed by Green Bushes (1921) for two pianos, an arrangement of an English and a Scottish folk song dating back to the 1820s. The popularity of the original theme was aided by the success of William Buckstone’s melodrama A Hundred Years Ago (1845), in which the main character sings it on numerous occasions. The brisk melody in F Major soon unravels in all three piano parts in a meandering passacaglia, which slowly draws the listeners into following its every turn. The concert comes to a close with the eclectic Jutish Medley (1927/1930), a movement from the composer’s Danish Folksongs Suite with its ‘elastic scoring’ set for two instruments to full-size orchestra. The tumultuous Warriors (1913 – 1916) interspersed with the lyricism of its slow melodic lines and sudden raptures of true orchestral writing forms the beating heart of tonight’s recital.

6 days ago
PIANO WEEK  @PianoWeekFestRT @FreemasonsHall:Exciting times at Freemasons’ Hall… 👀 The Savage Club have lent us a @SteinwayAndSons Type C Grand Piano that once… https://t.co/UodegG2pG2